As Chief Executive Officer of Aurora Health Management LLC, Mr. Owens manages all operations and strategic planning initiatives for the organization. Mr. Owens is a licensed nursing home administrator (NHA) in the states of Maryland, Pennsylvania, New Jersey, and Virginia. Mr. Owens is a graduate of Slippery Rock University and has continued his education with studies at Seton Hall University in Orange, New Jersey, and Georgetown University. Mr. Owens has 27 years of experience in the health care field. He has a very active role in the continuous development and promotion of Aurora Health Management.

Mr. Owens was the founder and Chief Operating Officer of Millennium Health Services, where he was responsible for the day to day operations of the facilities. Before creating Millennium Health Services, Mr. Owens was Regional Vice President of Operations and Subacute Services for Mariner Health, Mid-Atlantic, formerly known as Allegis Health Service. Mr. Owens developed and implemented the Hospital-Based Subacute program for Mariner Mid-Atlantic, University of Maryland Medical System and Kernan Hospital. Kernan’s subacute unit was the only hospital-based transitional care unit that is JACHO subacute and CARF accredited in the state of Maryland. He was responsible for 700 long term care beds with an in-house dialysis unit. Mr. Owens spent 7 years with Diversified Health Services, one of the leading providers of subacute care in the country which he was responsible for the facilities and subacute units ranging from Fort Lauderdale, Florida to Quincy, Massachusetts, prior to joining Mariner Mid-Atlantic in 1995.

Mr. Owens has participated in several speaking engagements over the years, on several topics including the post-acute continuum; developing hospital-based subacute units, and marketing for long term care. Mr. Owens was a member of the National Subacute Care Association as well as being a board member with Health Facilities Association of Maryland and served as its Chairman from 2001 to 2003.

Mr. Snow, a co-founder of Aurora, was a principle of Millennium Health Services, LLC, where he acted as General Counsel and Vice President of Development. Mr. Snow was responsible for all legal matters regarding Millennium Health Services and its affiliates, including coordinating litigation, overseeing all labor and employment matters, and managing regulatory affairs. His duties also included business development, acquisition management, negotiation of managed care contracting, risk management, oversight of renovations and construction management. Mr. Snow also helped Millennium to expand to nine nursing homes in the state of Maryland, with over 1,200 long-term care beds, and annual revenue in excess of $70 million, before selling the company to Trans Healthcare, Inc. (“THI”) in November 2002. Mr. Snow stayed on with THI as General Counsel and Vice President of Development until December 2004.

Mr. Snow is an attorney, formerly with the law firm of Wortman and Nemeroff, P.A., where he specialized in corporate law, health care and business planning. While with Wortman and Nemeroff, P.A., Mr. Snow worked closely with various private and public companies in developing and financing long term care facilities and structuring corporate, public, and private financings as well as complex real estate financings.

Prior to joining the firm, Mr. Snow served as General Counsel and Director of Project Development of Allegis Health Services and Mariner Health, Mid-Atlantic. While with Allegis and Mariner Health Mr. Snow coordinated all phases of development related to the acquisition and building of a 157-bed nursing home, as well as a 100-bed addition to an existing nursing home. Mr. Snow was responsible for all legal matters concerning over 1700 long term care beds. He successfully negotiated and conducted transactions for the purchase and sale of numerous long term facilities.

Mr. Snow is a member of the Maryland Bar, the District of Columbia Bar, and the United States District Court for the District Court of Maryland. Mr. Snow graduated from the Georgia Institute of Technology, where he received a Bachelor of Electrical Engineering degree. Mr. Snow received his law degree from the Catholic University of America.

As Director of Managerial Accounting for Aurora Health Management LLC, Ms. Kitchen is responsible for all general accounting tasks, trial balances, and the production of profit and loss statements. Ms. Kitchen also assists with cost reports and quarterly mini cost reports provided to our clients for the purpose of understanding operation impact on reimbursement.

Ms. Kitchen has 22 years in the field of long term care. Prior to joining Aurora Health Management LLC, Ms. Kitchen was a Business Office Manager for a long-term care facility for several years. Earlier in her career, Ms. Kitchen was the Director of Accounts Payable for Millennium Services where she assisted the Comptroller in all facets of the general ledger, bank reconciliations, payrolls, and accounts payable for 9 entities managed by Millennium Health Services. Ms. Kitchen began her career as a Nursing Assistant and Medicine Aide and soon became a Medical Records Clerk, Nursing Scheduler and Human Resource Manager.

As Chief Clinical Officer for Aurora Health Management, LLC, Ms. Ayers is responsible for the overall development of clinical programs and systems to assure a positive reputation as a premier provider of choice.

As a Registered Nurse, Ms. Ayers joined Aurora Health Management, LLC in 2015 with 20 years’ experience in health care. Prior to joining Aurora Health Management, LLC Ms. Ayers was the Director of Nursing at Calvert Manor Healthcare Center for over 11 years. During which time, Ms. Ayers managed the operations of the nursing department ensuring excellent care for the residents of the facility. As a result of the exceptional care the facility provides, the facility consistently achieves a five-star rating from CMS. Additionally, the facility achieved 2 deficiency-free annual inspections. Nationally, less than 10% of nursing homes achieve a deficiency-free inspection. This success was possible through interdisciplinary teamwork, staff development, along with the policies and clinical programs developed by Ms. Ayers. Prior to working at Calvert Manor, Ms. Ayers was Assistant Director of Nursing for SunBridge Healthcare. During her years at SunBridge, Ms. Ayers was vital to the facility in performing various clinical and nursing management roles. Ms. Ayers was the clinical supervisor of the facility, working closely with the nursing staff providing clinical expertise, assistance, and mentoring. Ms. Ayers helped to achieve and maintain the facility’s JCAHO accreditation. As a state-certified Train the Trainer, she taught facility-based Geriatric Nursing Assistant courses. With her students receiving 100% for their certification exams. Prior to serving as the Assistant Director of Nursing, Ms. Ayers worked as the facility Case Manager where she coordinated with multiple insurance companies assisting residents in obtaining their benefits. Ms. Ayers also worked as an Assessment Coordinator completing state and federally mandated resident assessments.

As Director Clinical Reimbursement for Aurora Health Management, LLC, Mrs. Howes is responsible for overseeing clinical reimbursement initiatives and ensuring that reimbursement structures are managed and evaluated while capturing accurate resource utilization at the facility level.

Mrs. Howes has spent the last 20 years in long term care management as a Director of Nursing and as a Licensed Nursing Home Administrator. Mrs. Howes excels at program development, team building, and enhancing clinical outcomes. Prior to joining Aurora Health Management, LLC Mrs. Howes was an Administrator at Citizens Care and Rehabilitation Center in Havre de Grace, MD. Prior to becoming the Administrator for Citizens Care and Rehabilitation Center, Mrs. Howes was the Director of Nursing where they achieved an excellent survey history and a CMS five star rating while minimizing staff turnover as well as the implementation of the electronic medical record. Prior to working at Citizens Care and Rehabilitation Center, Mrs. Howes was Director of Nursing at Future Care Health and Management Corporation. 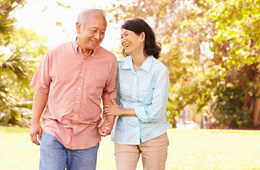